The idea to form a branch was formulated sometime in the winter of late 1991 in Baldock.  Local landlord Dave Bussey and beat-bobby George Church discovered a mutual passion for SAFC (no doubt over a few jars) and called a few other known supporters to attend the inaugural meeting in The Bulls Head in Baldock (now no longer a pub). This first meeting was held on Wednesday 4th December 1991 and the only known surviving copy of the minutes doesn’t record the attendance.

The ‘Review’, the Branch magazine, came into being in early 1993 and is still going strong. It is issued as part of the membership. The ‘Review’ continues to be an important backbone of the Branch and is favourably received by branch members world-wide. 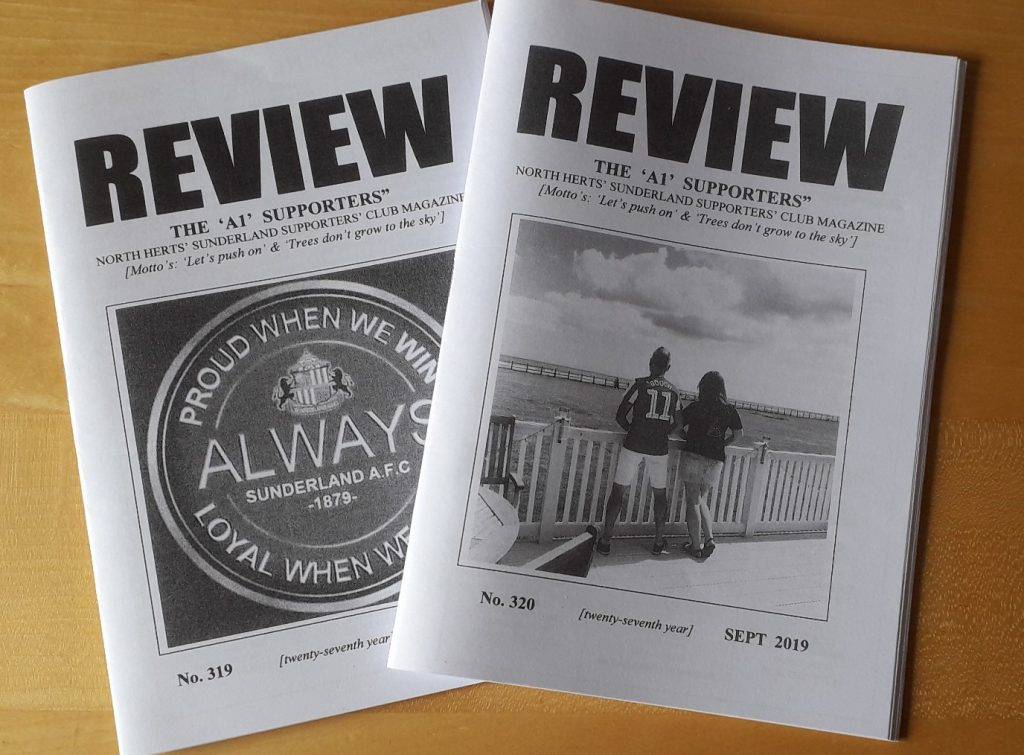 We have changed our ‘base’ on a few occasions…. firstly, starting at Baldock Town FC (where a young Kevin Phillips was ‘strutting his stuff’) before finally ending up at our current home of Hitchin Town FC in 2018.

In the early years, a lot of ‘advertising’ was carried out (‘flyers’ were put out on the windscreens of cars bearing SAFC stickers around the North Herts area… Letters were written to clubs where we were due to play requesting a mention of the Supporters Club in their match-day programme. Copies of the ‘Review’ were also passed out at various drinking establishments prior to games) and gradually our numbers rose to the current, steady 130-140 members.  We have members not only in the UK but also in Australia, Canada, America, Spain, German and Ireland.

In early 2014 the Branch was featured within a series of articles based on the Capital One Cup by Russell Kempson, a freelance journalist with The Football League Website. The highlight for a few lucky members was a trip to Wembley for the Capital One Cup Final. Glory in defeat!

In February 2019 we sponsored the match-ball at a Hitchin Town FC match and we propose to do similar sponsorships in future years.

Lastly, we are affiliated to the SAFC Supporters Association and are members of the Branch Liaison Committee (BLC).

Naturally, members of the Committee have changed over the years but the stalwarts of the Committee are… Colin Dunn (27 years) as Secretary and ‘Review’ editor…. Ed Rayner (23 years) as Transport Officer…. Colin Chandler (20 years) as Treasurer & Membership Secretary…. Frank Garrick has been Chairman for over 5 years…, Peter Jobson (who lives in Bournemouth) has the role of Branch ‘Webmaster’ …and Rachel Sharp governs the Branch Facebook page.